A high profile, CPEC summit expo was organized at Pak- China Friend ship center in Islamabad on the 29th of August 2016. Considering, the high level dignitaries to be attending the summit and the level of perfection required for the most important aspect of Audio & Visual technology to be used for the summit, Nasco, was again chosen as the AV technological partners for the CPEC summit. As number of Foreign nationals were coming from China; special, wireless multichannel interpretation system from restmoment was integrated, so that all translated languages may be broadcasted wirelessly in the auditorium of Paki China Center.

Multiple channels for each language were assigned, for the ease of the foreign nationals. High resolution, SMD display screens were installed on each side of the stage, for crisp and high resolution display of CPEC videos & presentations.  ITC-Audio, public addressing systems, were installed throughout the massive auditorium, so that equal sound pressure level may be maintained throughout the auditorium. The head table, was equipped with professional conference microphone system from Restmoment, with built in speaker system; allowing the dignitaries to speak comfortable while sitting in their normal positions. 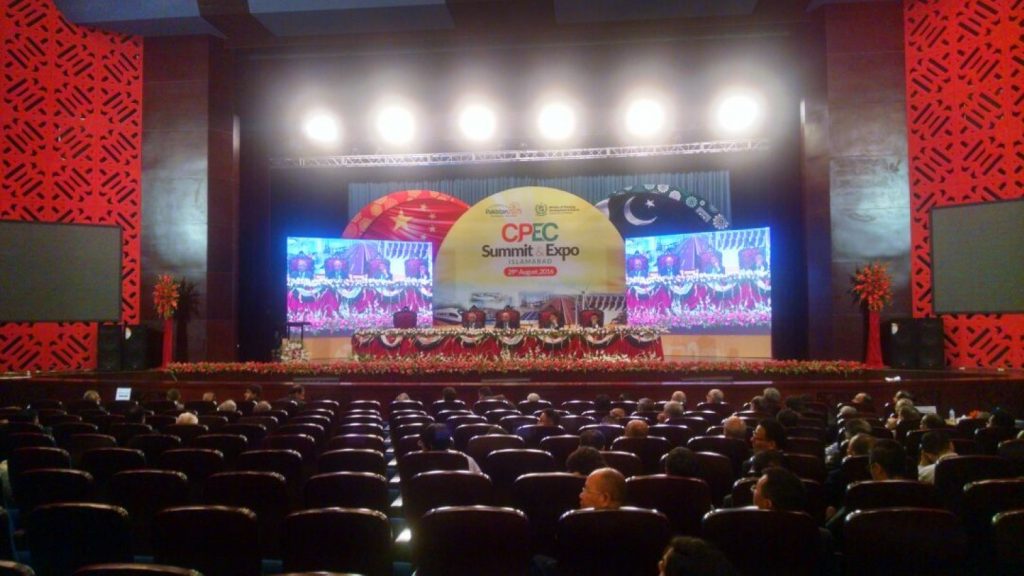 Starting in 1978, Nasco has now become a full fledged solution provider company in the domain of professional IT , audio visual and conferencing solutions